Opportunities have been few and far between during the past year to indulge in the enjoyment and appreciation of large scale exhibitions, so the Javett Art Centre’s presentation of WILLEM BOSHOFF – WORD WOES, offers art lovers a unique experience. Conceived by curator Helene Smuts, this comprehensive exhibition featuring both early and mature work by Willem Boshoff, offers an overview of the artist’s prolific output over more than five decades. 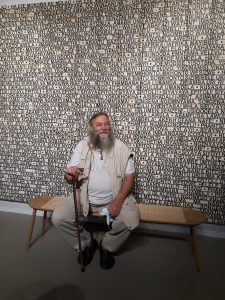 “ABAMFUSA LAWULA/THE PURPLE SHALL GOVERN is framed around the purple rain incident that took place in Cape Town on 2 September 1989. Police were spraying purple dye on protesters to mark them for later identification and arrest. One daring protester jumped on the water-car and turned the dye on the police. Soon after that graffiti appeared on the city walls and even on police vehicles which stated: The purple shall govern, a clever twist from the African Freedom Charter which states that the people shall govern”.

Boshoff is known for his use of unconventional tactics to challenge the utilisation of language as both an instrument of cultural identity and of cultural exclusion. He describes his works, whether sculptural or graphic, as conceptual books and he challenges the viewer to ‘read’ them. 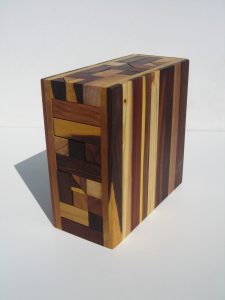 The exhibition title, Word Woes (taken from a signature work), is understood in both English and Afrikaans. In either language the two words look identical, but their meaning is very different. Describing himself as a ‘linguistic terrorist’, the artist engages the viewer by using everyday words spelt the same in both languages but which have radically different meanings.

The exhibition features both new and early works from the 1990s, such as Abumfusa Lawula – the Purple Shall Govern, presenting lines from popular struggle songs sung during protest marches against the apartheid state. The original words are printed in a large font, which South Africans who speak and read indigenous languages can read from a comfortable distance whereas those who understand English only, need to walk right up to the work for a translation, to read between the lines as it were.

Blind Alphabet, possibly Boshoff’s most famous work, is also on display. This is a three-dimensional dictionary of more than 330 units, of which 90 are on display at the Javett-UP. In an inversion of power relations, the work creates a dependency on the touching and reading skills of blind guides. Without visually impaired people in attendance, the Blind Alphabet remains lost to the sighted – an exercise in aesthetic futility. Each work is labelled in a complex braille essay whereby the blind enlighten the sighted. 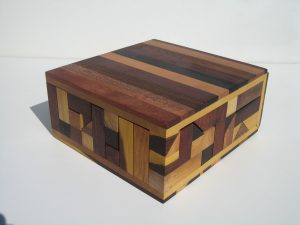 Boshoff’s artistic activism presents a critical perspective on the social and political reality of our time. He is professor of Fine Art at the University of the Free State and in this capacity due to the wide ranging inter-disciplinary research of his work, he recently became the first South African artist to achieve an A-rating from the Department of Science and Technology’s National Research Foundation (NRF). He has enjoyed long standing collaboration with the Smithsonian Museum of African Art and is included in major local and international collections.

The exhibition will be accompanied by an extensive public programme, an online platform featuring documentary films and podcasts on the artist, works not included on the exhibition and a range of recorded seminars and panel discussions. There will be guided tours, student workshops and various public events over the ten month run which concludes on 9th January 2022. 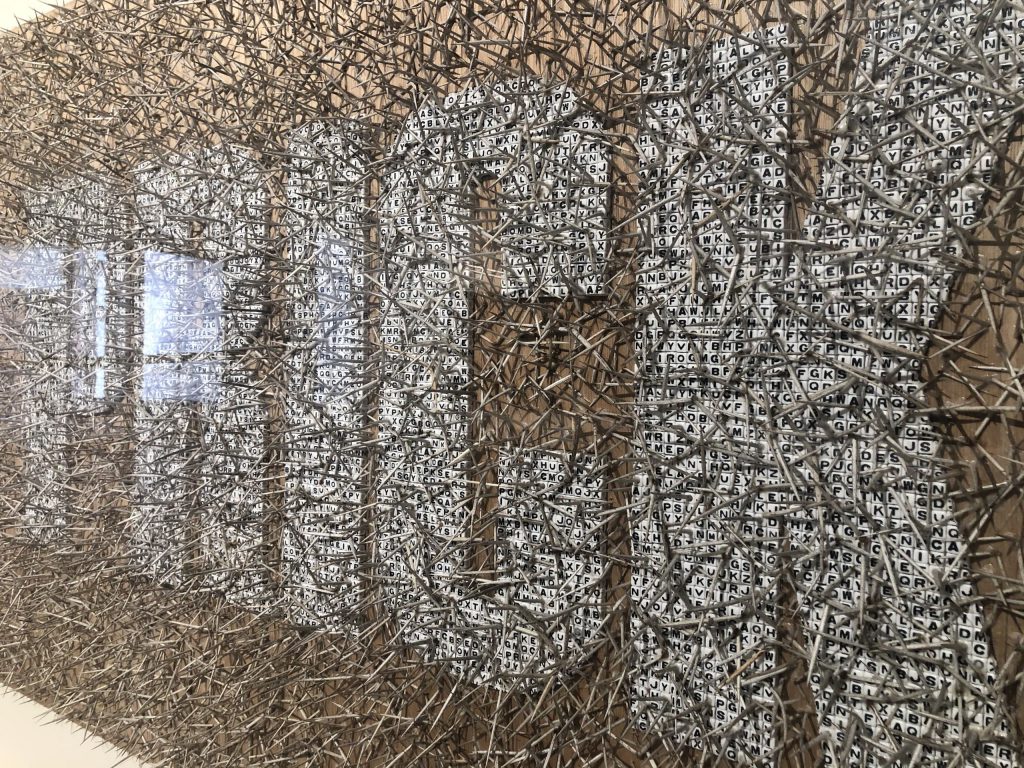