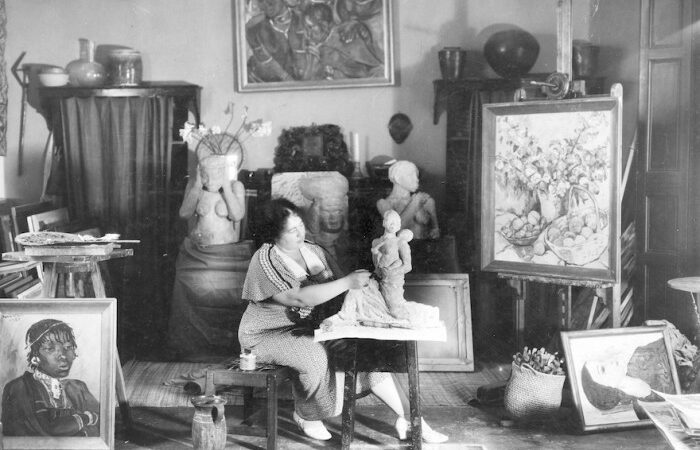 The iconic home and studio of one of South Africa’s most famous artists, Irma Stern, celebrates its 50th anniversary this year. After the death of the artist in 1966, the house known as “The Firs” and situated in the suburb of Rosebank, Cape Town was bequeathed to UCT and opened up by the Irma Stern Trust to the public in July 1972. Stern lived here for four decades from 1927 to 1966. The house has been perfectly preserved just as the artist left it right down to the easel and brushes in her studio.

Stern was known for her eccentricities and the house offers a glance into her eclectic style and her larger than life personality – she lived her life boldly and unapologetically – indeed, a woman well ahead of her times.

The objects in the house are a reflection of her diverse interests and journeys. She collected Roman, Pre-Columbian American and Eastern pieces which are displayed alongside furniture from Medieval and Renaissance Europe and many of her renowned expressionist artworks adorn the walls.

An avid traveller she enjoyed the challenges that came with journeying into various parts of Africa. The museum abounds with unusual keepsakes from these landmark  travels which greatly influenced the subject matter of her paintings. During her lifetime she amassed a substantial collection of traditional African wood sculptures, some of which feature in her work. Inspired by a trip to the famed Spice Island, she acquired magnificent carved doors and pieces typical of Zanzibar to install in her home – fragments of which have also been used to frame her paintings from this period. 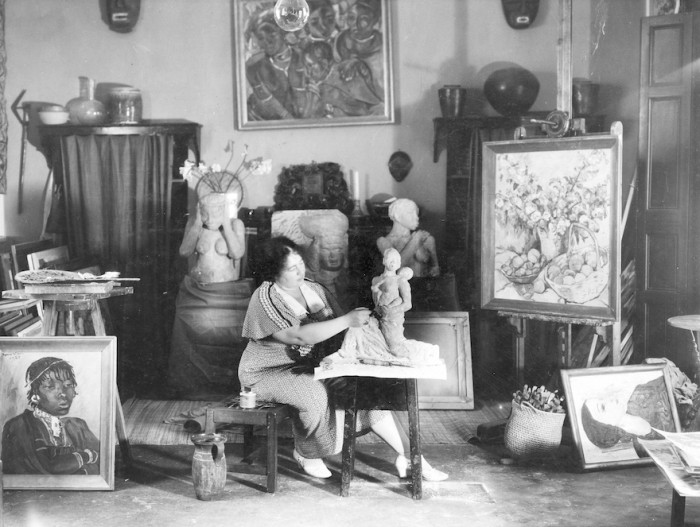 Irma Stern working in her studio

A bright and colourful ‘Secret Garden’ awaits visitors who venture outside with lush lawns, hidden fountains and courtyards. Over and above the delights of the house and the garden, the museum has devised a special programme of events in celebration of its 50th anniversary which should attract a broad spectrum of art lovers.

Some of the highlights include a high-profile artist-in-residency programme with the first exhibition showcasing the internationally recognised contemporary artist Athi Patra Ruga, which runs from 19 March to 18 June 2022. A Design Indaba Alumnus, Ruga has had works featured in collections across the globe including Zeitz MOCAA, Iziko South African National Gallery, the Museion Museum of Modern and Contemporary Art in Italy, and The Wedge Collection in Canada. Georgina Gratrix features as artist in residence in-studio from July to September 2022 with her show due to open in October and for something completely different celebrated composer and sound artist Neo Muyanga will be artist in residence from October onwards.

Capetonians and visitors to the Mother City have a feast of art events lined up for the duration of 2022 at the Stern Museum.

A current view in the Museum of Stern’s studio