Art lovers will be spoilt for choice when visiting Norval Foundation over the holiday season. In The Zanzibari Years: Irma Stern, curator Karel Nel has focused on a small body of significant works produced by Stern during her two stays in Zanzibar and the period surrounding 1939-1945. This is the first time in nearly 40 years that a body of these Zanzibari works, considered among her finest, are exhibited together.

As a child Stern travelled frequently between South Africa and Germany and this continued into her adult life. During the 1920s, ’30s and ’40s, she exhibited throughout Europe and was both better known and respected there than in South Africa, where the reception of her work was overwhelmingly negative. 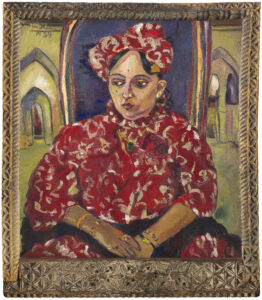 Unable to return to Germany due to her Jewish descent yet uncomfortable in South Africa, she spent time in remote parts of the country and undertook a number of intrepid journeys to Senegal, the Congo and Zanzibar, an island she had visited briefly as a child in 1904 during a voyage to Europe. She was undoubtedly a woman way ahead of her times whose dream was to travel extensively. These expeditions she undertook all by herself resulted in a wealth of artistic creativity. 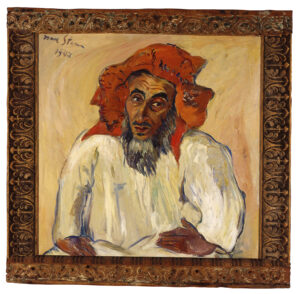 The paintings from her time in Zanzibar consist primarily of portraits of Arab imams and men at prayer or in groups at the mosque but also include portraits of fathers and sons, sheiks, merchants and fishermen as well as a striking series of Zanzibari women from Arabic, Indian, Bohari and Swahili communities. A distinct feature of many of these works is the use of fragments of Zanzibari doors as frames.

This period of Stern’s work, frequently regarded as a high point of her career, is the exclusive focus of the exhibition which has been profoundly influenced by her book, Zanzibar. The book has informed not only the choice of works to be presented but also the selection of objects that provide the viewer with a glimpse into the island world where Stern lived and worked.

The exhibition will run at Norval Foundation till end of March 2022.

Another highlight on show is Congress: The Social Body in Three Figurative Painters.

Inheritors of an earlier naturalist tradition of painting, Makhoba, Pemba and Sibisi developed a graphic 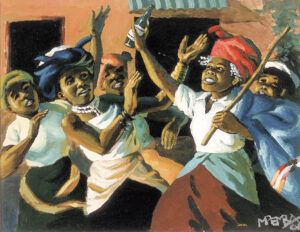 urban style that tested the bounds of realism in their depiction of familial bonding, spiritual practice, shared pleasure, social upheaval and political action. Despite significant overlap in style, subject and theme, Makhoba, Pemba and Sibisi have not been grouped together before in a dedicated exhibition.

Congress is purposefully an exhibition about artistic lineages, in particular the tradition of urban realism in South African painting, and the centrality of the human figure in this tradition. But, principally, Congress is an exhibition about the everyday situations that Makhoba, Pemba and Sibisi habitually opted to depict with a shared interest in portraying people gathered in places like trains, taxis, private homes, taverns, churches, beaches, hospitals, urban streets and rural fields, engaging in acts of community, faith and solidarity in the face of social upheaval. The social contexts in which the painters lived and worked strongly influenced their choice of subject.

The exhibition will run at Norval Foundation till 10 January 2022.