In the era of the 4th Industrial Revolution it should come as no surprise that an artificial intelligence art-making robot would be invited to participate in the first contemporary art show, “Forever is Now” held outside the ancient pyramids in Giza. However, the Egyptian customs officials were not convinced and Ai-Da was detained upon arrival as the authorities feared that through her built-in modem she might be part of an espionage plot.

Agents kept the robot artist in custody for 10 days and debated removing her eyes, which have built-in cameras. The extended detention led to something of a diplomatic crisis between Egypt and the U.K. but it was finally resolved and Ai-da was allowed to participate in the show with her ocular cameras in place which enable her to draw based on algorithmic responses to her observations. 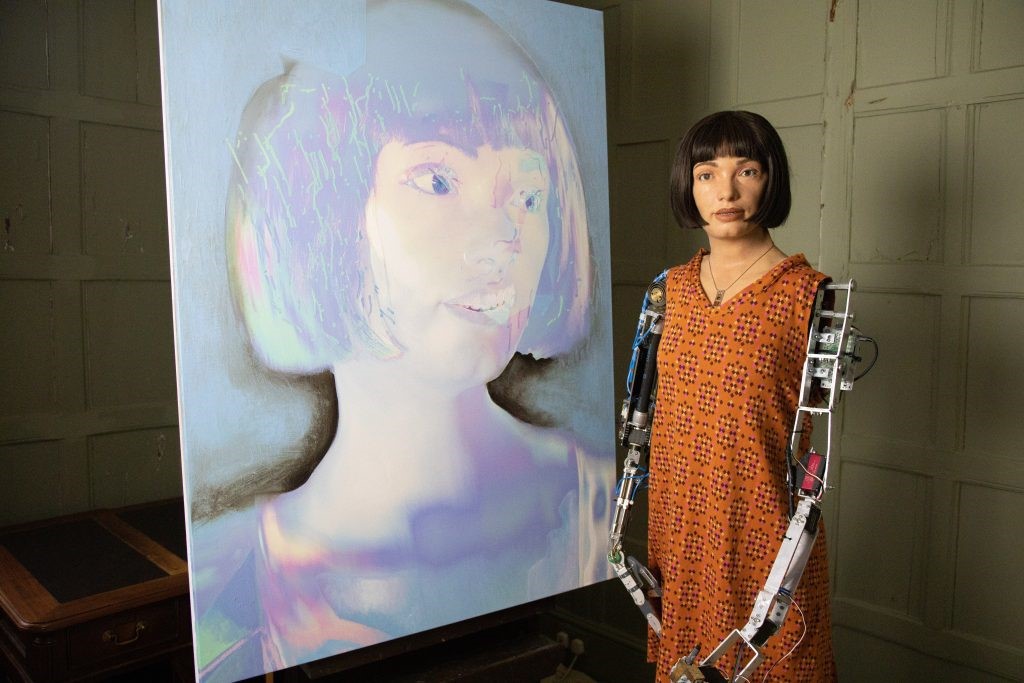 Ai-Da, the artist robot with her self-portrait.
Photo by: Lucy Seal, courtesy the Design Museum and Aidan Meller.

Aidan Meller, an Oxford art dealer who is both Ai-Da’s creator and representative, said “I can’t take her eyes out. They are integral to making her art, and she would also look weird without them!”